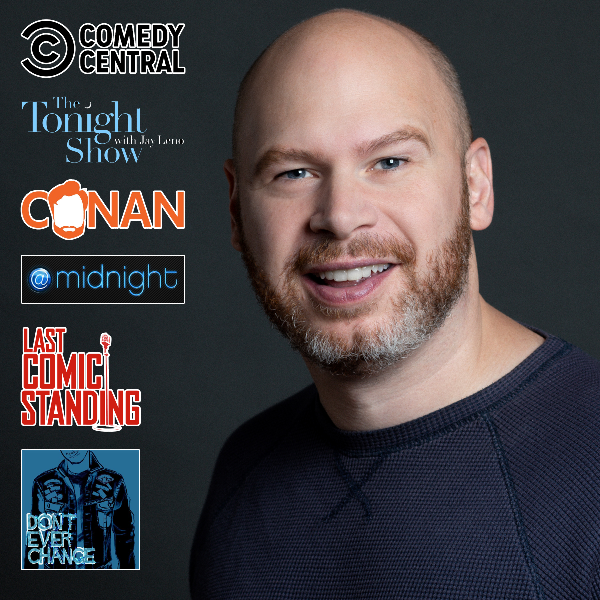 These Shows will Take Place With The Following Social Distancing Guidelines:

John Roy began his career performing in independent rooms in Chicago. After honing his act in clubs around the Midwest, John was crowned the first champion of CBS’ “Star Search,” in 2003.He has appeared on numerous television shows, including “Conan,” “@midnight,” “The Tonight Show,” “The Late, Late Show” and “Last Comic Standing.”

John was a Co-Producer on Fusion’s “Trump Vs. Bernie: Debate for America” and “Shout the Vote” television specials.

John has written on projects for Comedy Central and MTV, and co-written numerous videos for Funny or Die, including the IFC web series “Maron in Space.” In addition, John has been a creative consultant on national ad campaigns for Apple, NBC Sports, and Mitsubishi, including spots that aired during the Super Bowl.

John’s CD “Dressed for Recess,” was released in 2008 on RBC Records. His second, “Alexander Hamilton,” was released on AST Records in 2013. Both are heard on Sirius XM radio.

John is a national touring headliner across North America. He performs in numerous clubs including Gotham in New York and the Improv in Hollywood. He is also a regular performer on acclaimed independent shows like “Whiplash,” “Hot Tub,” and “Meltdown.”

John’s Podcast, “Don’t Ever Change” is on the Feral Audio network, and has featured Dan Harmon, Kumail Nanjiani, and T.J. Miller.